The best animated films streaming, including Shrek and Inside Out

It can be hard to figure out what to watch in this age where there there seems to be more more streaming platforms than there are stars in the sky. And in that same vein, there’s an abundance of animated features available for your viewing pleasure that makes deciding what to watch no easy task, even when you’ve determined you have hankering for some non-live action fare.

If you’re looking for some help narrowing down your choices, SYFY WIRE is here for you — we’ve scoured the streamers and come up with a list of some of the best animated features out there. Take a gander below to help you decide what to fire up on your television tonight.

Mike Myers’ loveable albeit grumpy ogre still holds up 20 years after the film first graced theaters. When Shrek’s solitary swamp gets invaded by fairy tale creatures after the ruthless Lord Farquaad (John Lithgow) banishes them, Shrek makes a deal with the vertically challenged lord to track down Princess Fiona (Cameron Diaz) so Farquaad can marry her. Things don’t go how Shrek intends them to, of course, but in the end, he finds some new friends like Donkey (Eddie Murphy) and new love with Fiona, who transforms by the end of the film. It’s a story full of drama, love, and acceptance of who you are. And that’s a tale worth watching again.

Shrek is now streaming on Peacock.

You’ve most likely gotten the catchy tune, “We Don’t Talk About Bruno,” in your head at some point since Encanto came out in 2021. The Lin-Manuel Miranda tune is just one of many earworms in this film from Disney Animation. (“Surface Pressure,” for example, is another banger.) The story centers around the Madgrial family in the magical house the grandmother (María Cecilia Botero) created after fleeing the armed men who chased her out of her land and killed her husband. Since then, all of her children and grandchildren receive a magical gift when they come of age, except for Mirabel (Stephanie Beatriz). When the family’s magic begins to falter, however, it’s Mirabel who ultimately saves them. It’s a heartwarming tale with great tunes, and it also has a message we don’t hear too often these days — that someone’s intrinsic value isn’t tied to what skills they have and what they can do.

Encanto is streaming on Disney+.

Gru (Steve Carell) is a supervillain with big plans. In Despicable Me, those plans involve stealing the Moon with the help of his banana-loving henchpeople, the Minions. Gru’s heist plans need to be financed, of course, and so he tries to get a loan from the Bank of Evil (as you do) and ends up butting heads with the up-and-coming supervillain, Vector (Jason Segel). In the course of battling with Vector, however, Gru ends up running into three orphans who thwart his carefully laid plans. Things turn out for the best in the end (especially for the Moon), and the final scene is villainously sweet.

Despicable Me is now streaming on Peacock.

Mike Rianda’s The Mitchells vs. The Machines is a film about a typical family who finds themselves having to save the world from a robot uprising led by a shunned A.I. virtual assistant named PAL (Olivia Coleman). The heart of the story, however, is between the daughter, Katie (Abbi Jacobson), and her dad, Rick (Danny McBride). It’s also a movie about the dangers of technology and includes a giant Furby. What more could you want from a film?

The Mitchells vs. The Machines is currently streaming on Netflix.

What if human’s five base emotions — Joy, Sadness, Disgust, Fear, and Anger — were personified as cute little creatures that lived inside our brains? That’s the premise for Pixar’s Inside Out, where we meet an 11-year-old girl’s emotional avatars voiced by Amy Poehler (“Joy”), Bill Hader (“Fear”), Lewis Black (“Anger”), Mindy Kaling (“Disgust”), and Phyllis Smith (“Sadness”).  When the girl faces a move to a new town, her emotions go on a ride with her as she tries to adjust, with Joy and Sadness falling deep into her subconscious along the way. It’s a touching tale and one that will get you in touch with the five base emotions that exist in your own brain.

Inside Out is now streaming on Disney+.

The Rise of Gru is the origin story for the titular Gru, the villain we first met in Despicable Me (and still voiced by Steve Carell). The story takes place in the 1970s, decades before the events of the first film in this universe, and also reveals how Gru (who we see sported a head of hair in his earlier years) first teamed up with the Minions. Gru and the Minions try to join the supervillain group called the Vicious 6 after their leader, Wild Knuckles (Alan Arkin) is ousted. When Gru’s interview goes terribly wrong, however, he finds himself on the wrong side of the gang. Gru, along with his Minions, is on the run just trying to survive. They end up getting help from an unlikely source, and the ending is a touching one, whether you’re an aspiring supervillain or not.

Minions: The Rise of Gru is now streaming on Peacock.

We all know the original Disney version of the fairy tale, Pinocchio, but Guillermo del Toro’s stop-animation rendition (co-directed by del Toro and Mark Gustafson) brings a new spin on the story. The film explores grief, the dangers of fascism, and found families. There’s also a song or two. It’s a movie with vivid imagery and characters and will bring you terrible joy (just like Pinocchio does to his papa, Gepetto).

We first met the Antonio Banderas-voiced Puss in Boots in Shrek 2, but the oh-so-cute character with his deadly swashbuckling persona captured the hearts of many and got his own movie in 2011 (and also a sequel film this year — Puss in Boots: The Last Wish (pictured above), which is now available for digital purchase). The first Puss in Boots is a prequel to the original Shrek film, gives us the cat’s origin story, and is an adventurous delight.

Puss in Boots is currently streaming on Netflix.

If you have a child (and even if you don’t have a child), there’s a very, very good chance that you’ve seen Frozen more than once. The 2013 Disney Animation film is popular for a reason. In addition to its iconic song, “Let It Go,” the story features two sisters, Elsa (Idina Menzel) and Anna (Kristen Bell), one of whom has magical ice powers that inadvertently cause an eternal winter. Their journey of reconnecting through their love of each other (with the help of a snowman named Olaf who likes warm hugs) is timeless for a reason.

Frozen is now streaming on Disney+.

This stop-motion animation feature from Henry Selick (The Nightmare Before Christmas) and Jordan Peele (Nope) focuses on young Kat (Lyric Ross), who blames herself for her parents’ deaths. While struggling to deal with this tragedy, Kat summons the two demons, Wendell and Wild (Keegan-Michael Key and Jordan Peele respectively), who take her on a wicked ride. The story is a captivating one, and the voice talent, which also includes Angela Bassett, James Hong, and Ving Rhames, is out of this world.

The Nightmare Before Christmas (1993)

The Henry Selick-directed The Nightmare Before Christmas is still a regular watch for many 30 years after its release. The story, spawned by Tim Burton, follows Jack Skellington (voiced by Chris Sarandon with singing by Danny Elfman), the King of Halloween who yearns for a life beyond Jack O’Lanterns and ghouls. He finds a way to spice up his life when he and his dog Zero stumble upon a portal to Christmasland, where he sees the joys of the year-end holiday and decides he wants to kidnap Santa and take his place. Things escalate from there, replete with songs from Elfman, to create a creepily joyous story.

The Nightmare Before Christmas is streaming on Disney+. 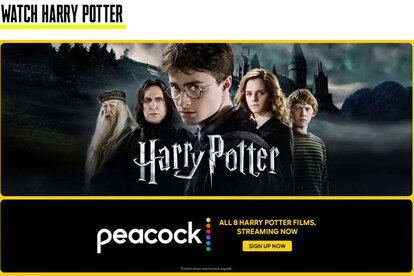