Brad Pitt is MVP, Rihanna has a date night and 8 other candid moments you didn’t see on TV 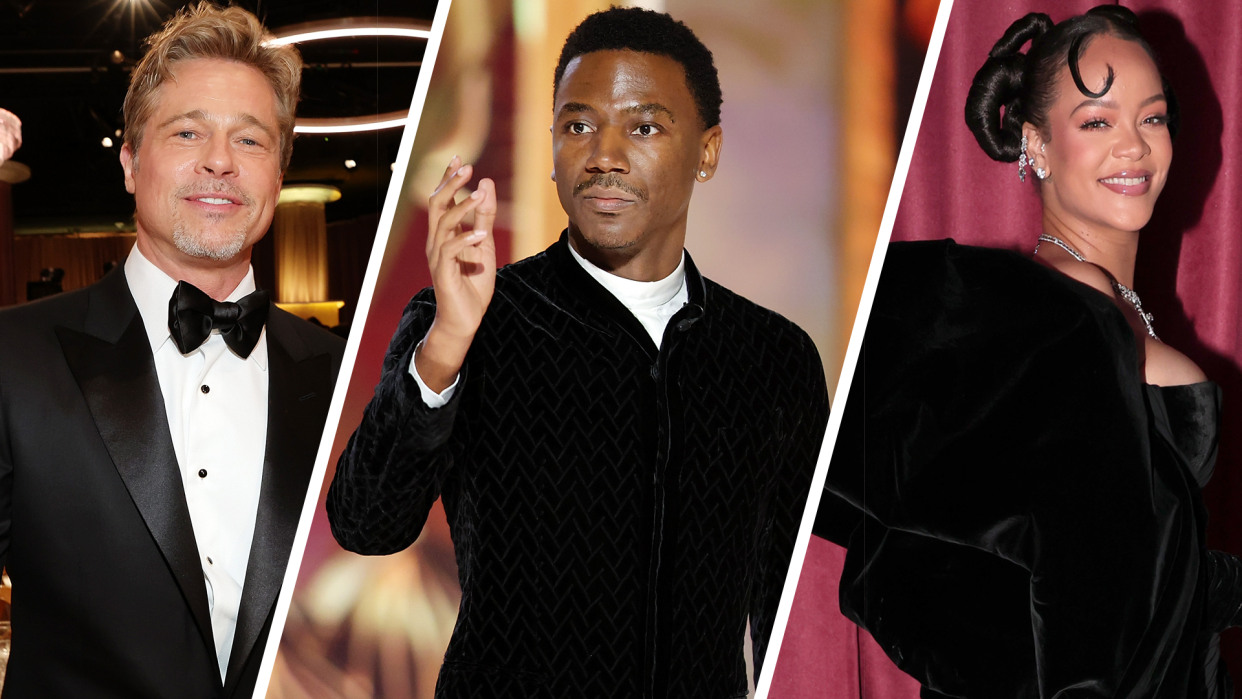 The Golden Globes are back.

There were a lot of questions leading up to Tuesday’s telecast, but thanks to appearances from Rihanna, Brad Pitt, Eddie Murphy and more, it’s safe to say the program cemented itself again as a starry stop on the awards show circuit.

Comedian Jerrod Carmichael hosted the revamped show, which was previously put on ice as the Hollywood Foreign Press Association (HFPA) grappled with an industry boycott amid its diversity scandal. Inside the ballroom at the Beverly Hilton Hotel, guests seemed eager to be back in person at the event in which stars like Steven Spielberg, Colin Farrell and Quinta Brunson won big. The elephant in the room was addressed early on thanks to Carmichael, paving the way for some of the industry’s biggest stars to gather again in January. Here are 10 things you didn’t see on TV:

Brad Pitt is a gracious loser

The night kicked off with Ke Huy Quan winning best supporting actor for his performance in Everything Everywhere All at Once. Quan had no bigger fan in the audience than Pitt. The Oscar winner was one of the first stars on his feet cheering for Quan, who is now considered the heavy favorite to repeat at the Oscars.

Bassett took home the trophy for supporting actress for Black Panther: Wakanda Forever and the whole room erupted in applause. But it was Hayek who was out of her seat first and everyone soon followed suit, including an energetic Pitt, Margot Robbie and more.

Speaking of Brad Pitt, he was the MVP of the Globes

There was no bigger cheerleader for his peers than Pitt. The actor was one of the most high-energy stars in the ballroom, clapping furiously for winners throughout the night. When Austin Butler won for his role in Elvis, Pitt and Butler embraced on the way to the stage. It seemed Pitt’s support was recognized by Butler too, as he remarked: “I’m in this room full of my heroes. Brad, I love you.”

The actor sure sounded a lot like the icon he portrayed in Baz Luhrmann’s biopic throughout the night. “I didn’t even think about it,” Butler told reporters backstage, according to People. “I don’t think I sound like him still, but I guess I must, because I hear it all the time.”

Rihanna and A$AP Rocky have a date night

They showed up fashionably late, but did not disappoint. The power couple snuck through the side of the venue and cuddled up during the first part of the program. Despite the fact Rihanna lost out in her category fairly early on, you wouldn’t have known it. RiRi even smiled when Carmichael and Niecy Nash made jokes about being in awe of her — which is pretty relatable.

Do not play off Michelle Yeoh

The veteran star had her well-deserved moment when she won best actress (drama) for Everything Everywhere All at Once. So, obviously, she would not be played off without a fight as she jokingly looked to the side and told producers to “shut up” when they tried to get her offstage. “I can beat you up,” Yeoh quipped as the music started, “That’s serious.”

Jennifer Coolidge gets bleeped and the crowd goes wild

If you can believe it, The White Lotus star won her first Golden Globe for best supporting actress in a limited series, anthology series, or TV movie thanks to her iconic performance. To the surprise of no one, Coolidge brought the laughs — and bleeps — when she thanked creator Mike White. “I just want to say Mike White you gave me hope, even though this is the end because you did kill me off but it doesn’t matter because you really changed my life in a million different ways. My neighbors aren’t being mean to me, things like that! … and none of those people, I was never invited to one party on my hill and now everyone’s inviting me!” she quipped. “Mike White. F***ing s***… this is really a fun night I love you.”

The Only Murders in the Building star was one of the biggest celebrities at the event, but you wouldn’t have known it if you tried to approach her. The actress was kind to everyone who came up to her — even in the bathroom line — and lamented how hard it was to walk in a fancy dress and heels. Her relatable nature made her a big hit inside the theater with people clamoring to take photos with Gomez. 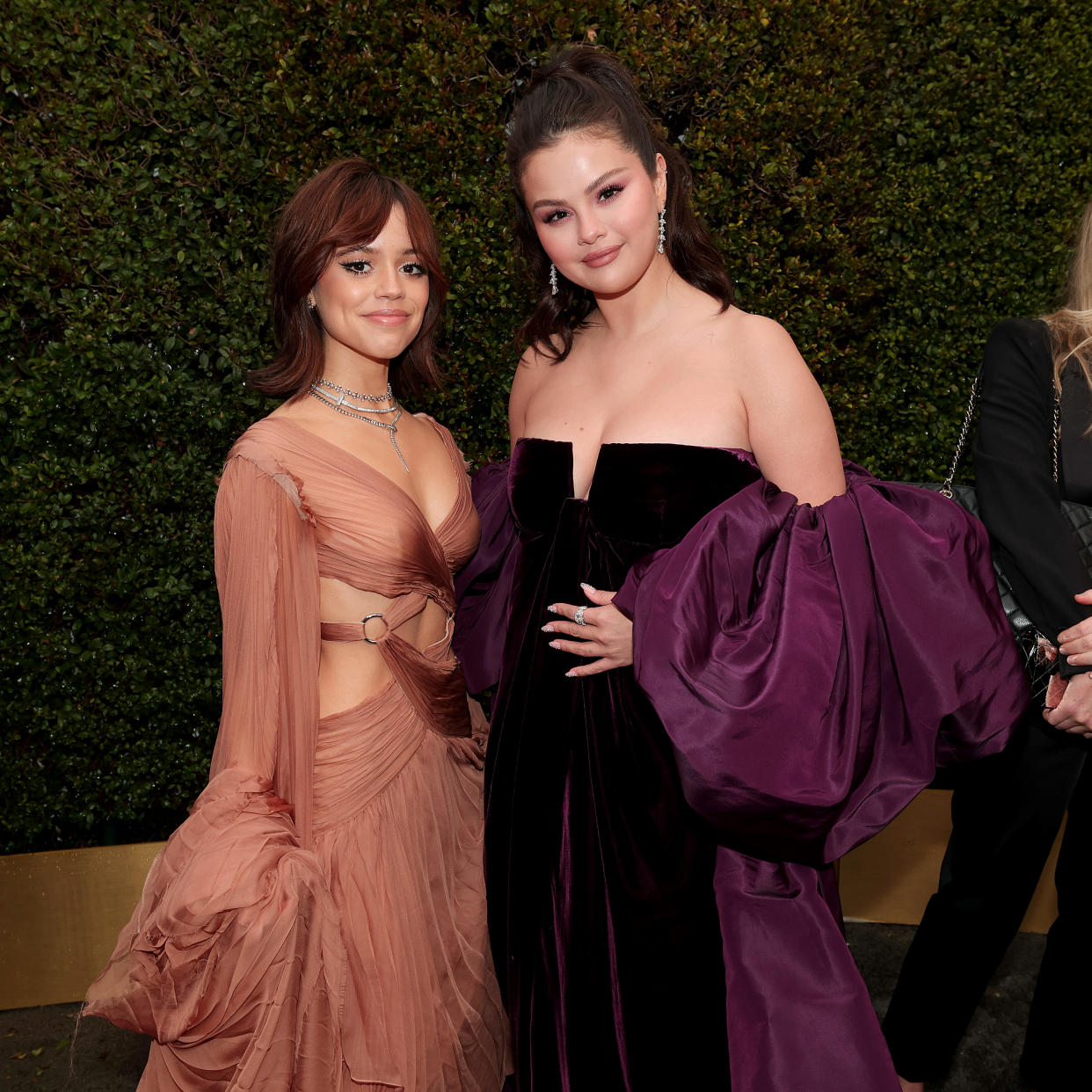 Tracy Morgan gets some gasps

The 30 Rock star roasted Eddie Murphy for having 10 children while presenting him with the Cecil B. DeMille Award during the telecast. “Your pull-out game is weak, Eddie,” said Morgan, eliciting a lot of laughs, groans and everything in-between from the crowd. Morgan had no problem making a joke about his own situation in 2014 when he was critically injured after a Walmart truck struck the vehicle he was traveling in. “Never take a gig for money, that’s what Walmart trucks are for,” the actor declared at the Globes.

While accepting his career achievement Cecil B. DeMille Award at the show, the comedian ended his speech with some poignant advice for those in the audience: “There’s a definitive blueprint that you can follow to achieve success, prosperity and peace of mind. It’s very simple. There’s three things: pay your taxes, mind your business and keep Will Smith’s wife’s name out your f***ing mouth!” The starry crowd laughed and cheered for a while with that one.