Archaeologists are afraid to open the tomb of the first Chinese emperor, what is the reason?

One of the most important archaeological discoveries of all time took place in 1974, in a field in China’s Shaanxi province, when a group of farmers who were digging a well in search of water for their crops, came across fragments of some figures. Humans made of clay.

As expected, the subjects informed the authorities and they appointed a team of archaeologists to begin the investigations.

Archaeological excavations have revealed that the field was located on a series of pits filled with thousands of life-size terracotta models soldiers and war horses, not to mention acrobats, officials and animals. It was, the famous today terracotta army.

The discovery took place near the place where, 2,200 years ago, first emperor of united chinaQin Shi Huang had his mausoleum built. 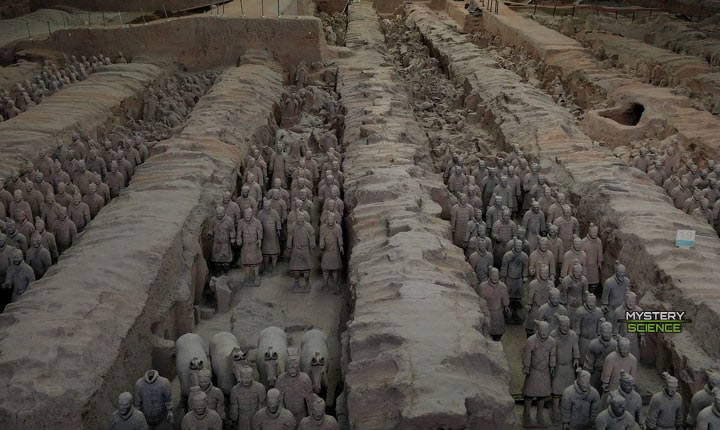 Some statues of terracotta soldiers.

The first emperor of China

Qin Shi Huang, was the first emperor of the Qin dynasty and reigned between 221 BC and 210 BC He had his own mausoleum built in 246 BC, which consists of a funerary complex. The tomb took 30 years to build and 700,000 workers were needed to complete it.

The monarch died during a trip to eastern China, during which he sought to find the so-called “immortal islands”, as well as the secret of immortality.

A mausoleum full of mysteries

Although much of the necropolis surrounding the mausoleum has already been explored, the emperor’s tomb has never been opened. No human eye has been able to observe what lies inside this tomb since the body of the fearsome emperor was sealed there, which is why it continues to be a real enigma for China and the rest of the world. world.

The reason? There are different versions of why it was not possible to enter the building for all these years. Some archaeologists point out that carrying out an excavation could leave irreparable damage to the tomb since the only way to open it is with invasive techniques, running a high risk of causing irreparable damage.

On the other hand, there are archaeologists who also fear that the tomb is open, but for other reasons. According to a story written by the Chinese historian Sima Qian (145 BC – 90 BC) Nearly a century after Qin Shi Huang’s death, the emperor’s mausoleum contained several deadly traps for anyone trying to enter.

“A palace and watchtowers were built for a hundred officials, and the tomb was filled with rare artifacts and marvelous treasures. Craftsmen were ordered to make crossbows and arrows ready to fire at anyone who entered the tomb. Mercury was used to simulate the Hundred Rivers, the Yangtze, the Yellow River and the Great Sea, and it was tuned to flow mechanically,” the historian said.

You might think that a set of traps built hundreds of years ago might not work now, but writing Sima Qian mentions the presence of liquid mercury in the mausoleum that he could kill anyone who dared enter the tomb. 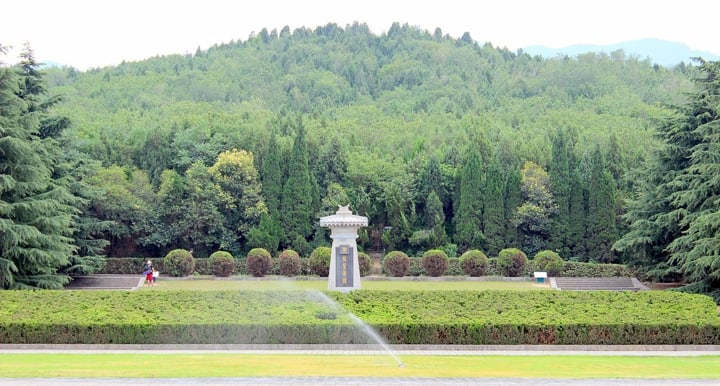 A scientific study could confirm the ancient story

Although this may be unrealistic for many, there is recent scientific precedent that suggests this theory is not that far from the truth. In 2020, a group of researchers from South China Normal University published a study in the journal Nature which reflected the high concentrations of mercury found outside emperor’s tomb of the Qin dynasty.

As the study explains, “Highly volatile mercury can escape through cracks that have developed in the structure over time, and our research supports ancient chronicles about the tomb, which was never opened. or looted”. This would explain the existence of high concentrations of mercury, particularly high for this region.

For now, the Qin Shi Huang’s Tomb will remain sealed. However, advances in science and technology may allow us to peer into the tomb that the Emperor so jealously closed to mankind 2,200 years ago in the near future.

Until it can be safely opened, Qin Shi Huang’s Mausoleum will remain one of the greatest secrets of ancient times.