Horizon: Forbidden West can be yours for 25% off its regular price on both PS4 and PS5.

The PlayStation Store Summer Sales were about to come to an end, but the Japanese company did not want your opportunities to discover new titles to run out, so a second wave has begun that includes a renewed catalog of video games that you can get your hands on by paying much less than usual. This is the case of one of the best space games for PS4 and PS5 that is less than 20 euros in the digital store. But what we bring you now is one of the best games that have arrived in the present 2022.

Horizon: Forbidden West, the sequel to the acclaimed exclusive title for PlayStation consoles, is one of the greatest works of Guerrilla Games, offering a different approach to Aloy’s adventures and a continuous playable line with respect to Zero Dawn. Thanks to this expansion of the PlayStation Store Summer Sales you can find it with a 25% discount compared to its usual price, with what you can do with it for only 59.99 euros for PS5, instead of the usual 79.99 euros. This is an offer that will be available until next August 18.

Horizon Forbidden West, a sequel at the height of the original 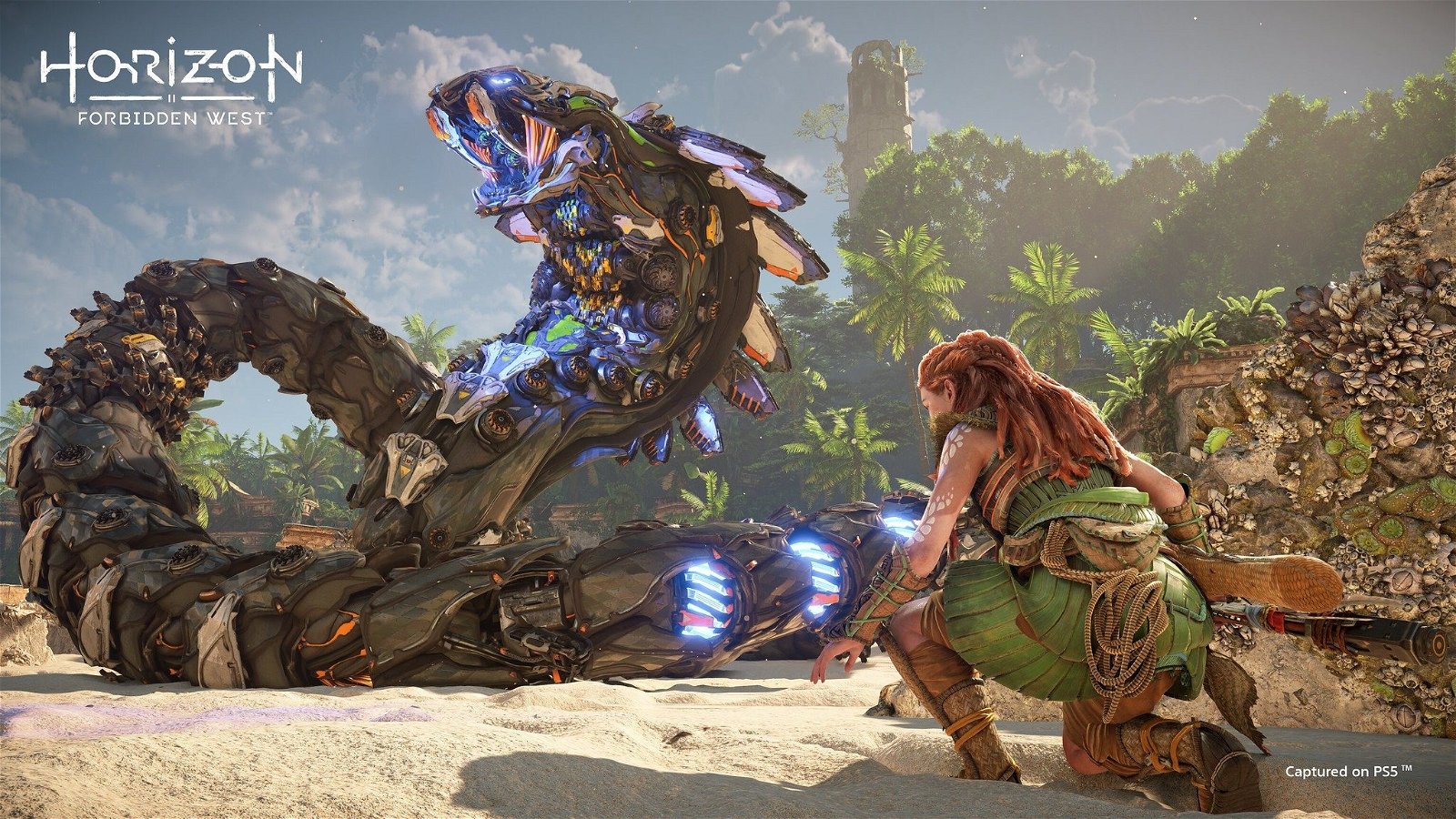 Reptivores are one of the new machines making their debut in Horizon: Forbidden West.

Aloy’s new adventure exclusive to PS5 and PS4 manages to combine the best of the first game with some additions that are successfully added to the formula. “Horizon: Forbidden West is an outstanding title. Guerrilla Games has known consecrate all the great virtues of the first installment and add elements that complete the formula in a sensational way. Delving into its world is tremendously fun and satisfying, getting lost among its different options a source of curiosity and entertainment, leaving the main mission in the background. The most important thing in this regard is that everything is interesting, so it is possible to maintain the balance between the main and the secondary“, We commented in the analysis of the game.

Thus, take the opportunity to get Horizon Forbidden West at its minimum price on PlayStation Store since the release of the title. Remember that you only have until August 18 to take advantage of this offer.