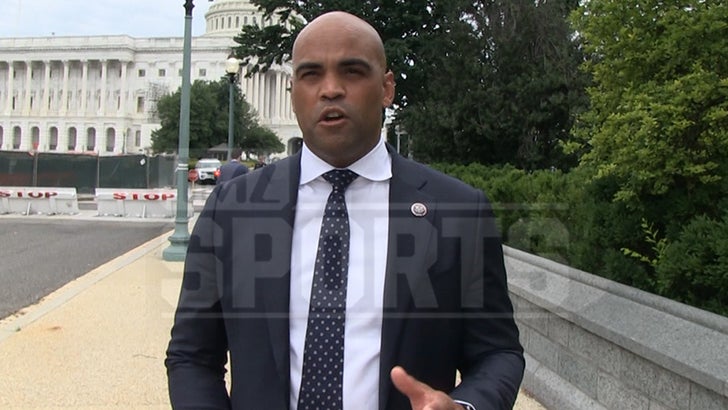 Some positive news on the Brittney Griner front from Colin Allred … the U.S. congressman says officials have made “a very good offer” to Russia for the WNBA star — and he’s now as confident as ever that she’ll be able to return home.

The representative couldn’t get into specifics of the trade that America has sent to the Russians … but he did tell TMZ Sports he believes the proposed swap is exactly what the foreign country is looking for in a deal for Griner.

“The ball is entirely in the Russians’ court,” Allred said Friday out on Capitol Hill … before adding, “I think prospects, in my opinion, look better now than they have really at any point since she was taken.”

But, Allred said he’s under the impression Russia would like to impose a sentence on the 31-year-old Phoenix Mercury center before it moves forward with accepting any trade offers.

The ex-Baylor football player, though, said he’s optimistic it will eventually go down at some point hopefully soon.

Griner has been detained in Russia since mid-February after authorities said she had hashish oil in her luggage at a Moscow airport. She’s since pled guilty to the charges, and is facing a sentence of up to 10 years behind bars.

Her trial is slated to continue with another hearing next week.