It seems that Goku’s brother is once again important in the saga.

We know well that in the official canon of the Akira Toriyama and Toyotarou franchise, Raditz, Goku’s brother, died at the beginning of the Frieza saga. However, his future is not sealed in the spin-off Super Dragon Ball Heroes: Ultra God Mission, where Goku’s brother finally returned after decades away (for obvious reasons) and debuts in his Super Saiyan 3 form.

If you are a longtime fan of the franchise, you will remember that his first appearance took place in Dragon Ball chapter 195, titled “The Mysterious Space Warrior”, Raditz quickly shocked fans around the world. with the revelation that he was Goku’s alien brother from another planet. His design was surprising, as he possessed armor unlike anything seen before in the series. His long black hair also provided an immediate connection to Goku and eventually became a defining trait of all Saiyans, at least those who still had hair. However, his appearance was of little consequence, as he was quickly eliminated by the Z fighters (albeit with a small sacrifice). A few years later, the Super Saiyan 3 transformation would be introduced in the Majin Buu arc, with extremely long hair reaching past the wearer’s waist. The fans of the series immediately began to speculate on a hypothetical way from Super Saiyan 3 for Raditz that featured his already exceptionally long hair growing to completely ridiculous proportions. Decades later, his dream has finally come true thanks to this official spin-off of the saga.

In Chapter 3 of Super Dragon Ball Heroes: Ultra God Mission, a Raditz from an as yet unrevealed timeline makes an appearance in the Super Space-Time Tournament. There he finds a power-hungry Turles upon arrival, and the two quickly begin to clash. Raditz wastes no time unleashing his new Super Saiyan 3 form., and it’s just as ridiculous as fans would expect. There literally isn’t a single panel in the entire fight that manages to show where Raditz’s hair ends as a Super Saiyan 3, his long tresses with no place for him have reached levels never seen before.

Raditz’s Super Saiyan 3 form also has several wild implications when looking deeper into the character’s design. The most surprising thing is that Raditz still has his tail, unlike his brother and other saiyan. Now, for Raditz to be able to go Super Saiyan 3 would logically mean that he has the ability to use the previous transformations, Super Saiyan and Super Saiyan 2. This means that Raditz meets almost all of the requirements needed to go Super Saiyan 4 under the right conditions. , so we may see him reach new limits.

Furthermore, he can still transform into a Great Ozaru and has awakened the power of the Super Saiyan needed to become a Great Golden Ozaru. Though he loses his battle with Turles in a rather embarrassing fashion, it’s not unlikely that Raditz will show up again, and possibly with the power of Super Saiyan 4.

A years-old internet joke came true in the Dragon Ball franchise when Goku’s brotherRaditz finally achieved Super Saiyan 3 form in the Super Dragon Ball Heroes: Ultra God Mission spin-off manga. In the decades of Dragon Ball’s existence, fans have created many jokes and memes about various characters undergoing hilarious transformations. Examples of this include transformations like Super Saiyan Nappa, whose mustache grows over his eyes, or Super Saiyan 6 Goku with golden fur. 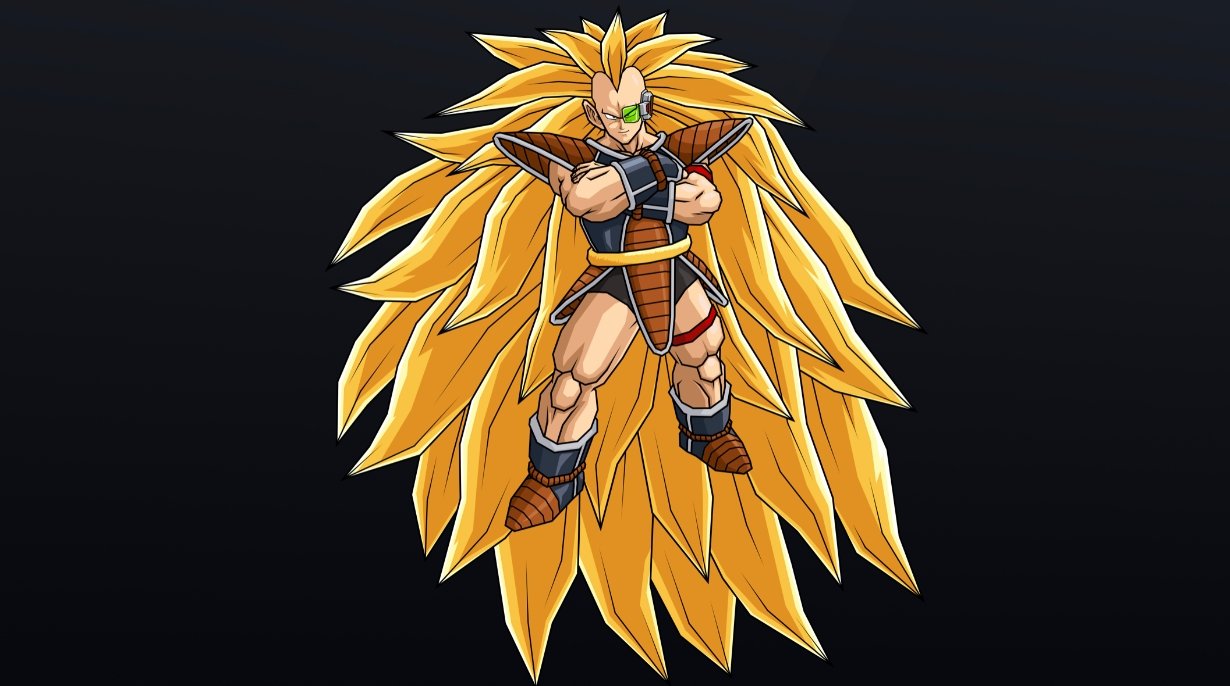 He is, in essence, the Yamcha of the Saiyans. His epithet is even Raditz “the Runt”, a not very positive nickname. His return as Super Saiyan 3 in Super Dragon Ball Heroes: Ultra God Mission he continues to toy with that idea with Raditz’s ridiculous transformation and his swift defeat at the hands of another Saiyan. However, with the introduction of more timelines in each chapter, this rebellious Saiyan may return sooner than Dragon Ball fans think, we will have to wait and see how this story continues.