Isaiah Lee says he was ‘triggered’ by Dave Chappelle’s jokes

The Los Angeles man accused of attacking Dave Chappelle said he was “triggered” by the comedian’s jokes about the LGBTQ community and homelessness — as he insisted he never wanted to harm the funnyman.

In an exclusive jailhouse interview, Isaiah Lee told The Post that Chappelle should be more “sensitive” when it comes to the jokes he cracks.

“I identify as bisexual … and I wanted him to know what he said was triggering,” Lee said Saturday at the Twin Towers Correctional Facility in Los Angeles, dressed in brown jail garb and sporting a sling on his broken right arm.

“I wanted him to know that next time, he should consider first running his material by people it could affect.”

Lee said he expected to have a “good time” at the May 3 “Netflix is a Joke” show — but he grew angry and frustrated as Chappelle joked about his prior controversies with the LGBTQ community, as well as homelessness.

“I’m also a single dad and my son is five,” said Lee, 23, who at one point was homeless himself. “It’s a struggle and I wanted Dave Chappelle to know it’s not a joke.”

He said his breaking point came when another comedian in the show’s lineup make a crude joke about pedophilia — which Lee said dredged up memories of his own molestation as a teen. 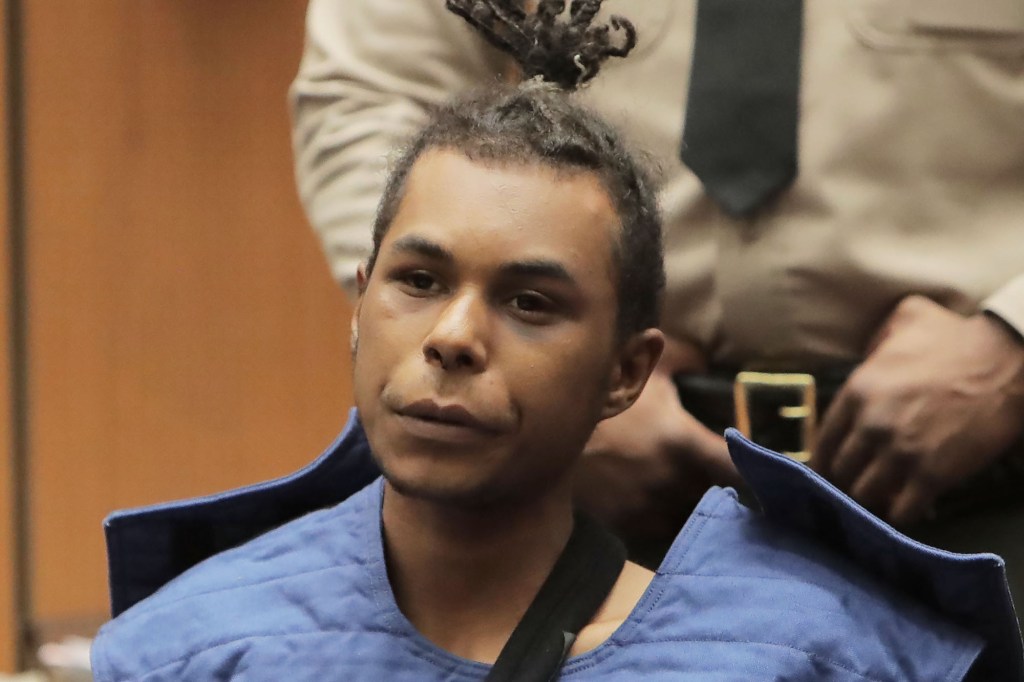 Isaiah Lee said he told Chappelle to be more “sensitive” to the groups he makes jokes about.New York Post/David Buchan

The stunning takedown at the Hollywood Bowl was caught on camera — showing Lee charging at Chappelle on stage, knocking him over and fleeing before security grabs him.

“That was a trans man,” Chappelle, who was not injured, joked to the crowd right after the attack.

Lee admitted that he was carrying a replica handgun with a retractable knife inside the night of the alleged attack — but claimed he didn’t have the weapon out when he charged the stage. 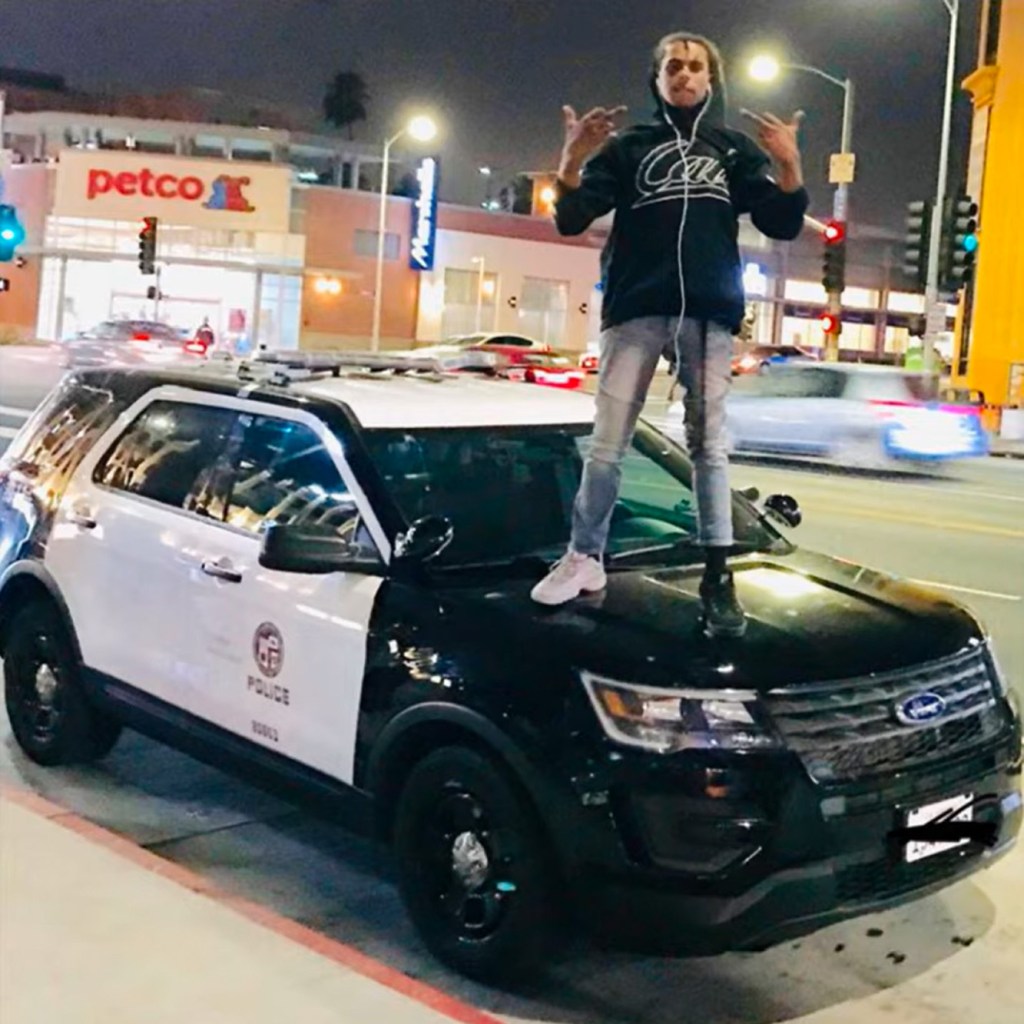 Lee — seen in a Youtube photo for his song “Dave Chappell” — maintains he didn’t plan to harm the famous comedian.Youtube

The wannabe rapper, who goes by “NoName_Trapper” and once put out a song about the Emmy-winning comic, said he always carries the weapon for protection because he is also a “minor celebrity.”

The young dad, who was roughed up in the incident, is now facing four misdemeanor counts, including battery and possessing a deadly weapon with intent to assault.

“They spat on me and twisted me as if on purpose,” he said of the security guards who left him with a broken arm and two black eyes. 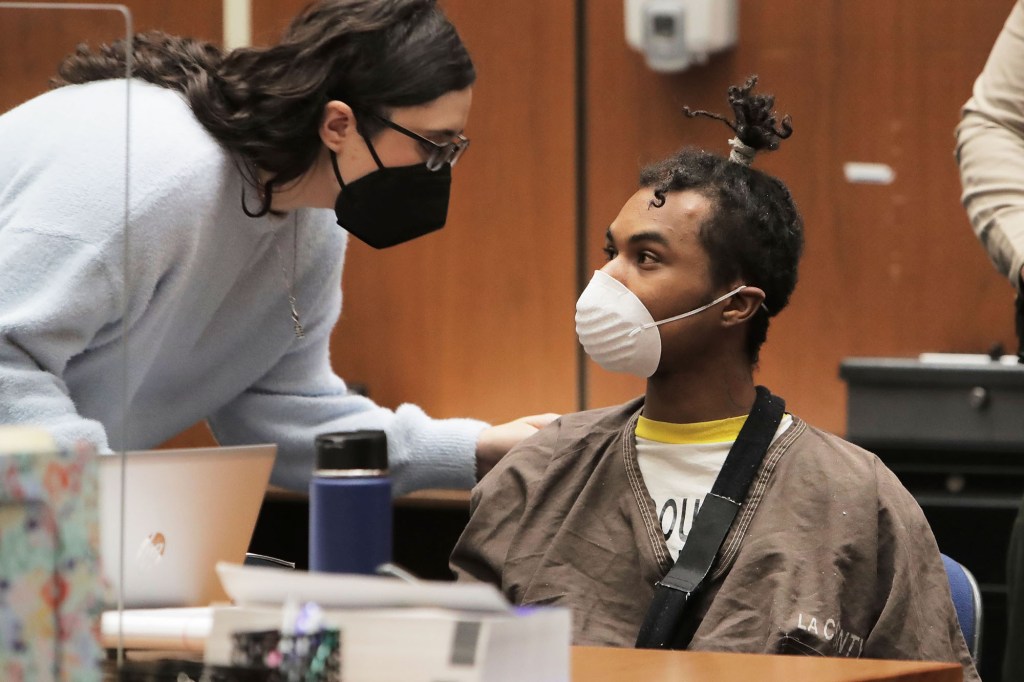 Lee said as a father of a five-year-old boy and a political activist, he would never intentionally harm anyone,New York Post/David Buchan

Lee told The Post that he was molested at age 17 while under the care of the Department of Children and Family Services in Los Angeles. He also said he was in the process of trying to secure a place to live before he was nabbed in the Hollywood Bowl debacle.

Asked about reports that he suffers from mental health issues, Lee said they were “wrong” and “inaccurate.” His lawyer, however, has said he is receiving mental health services.

The viral incident has also led to more criminal charges against Lee — he was charged on Thursday with allegedly stabbing his roommate last year. The victim in that case identified Lee as his alleged attacker when the Chappelle incident went viral, prosecutors said.

“It was pretty much done,” Lee said about his criminal case involving Chappelle. 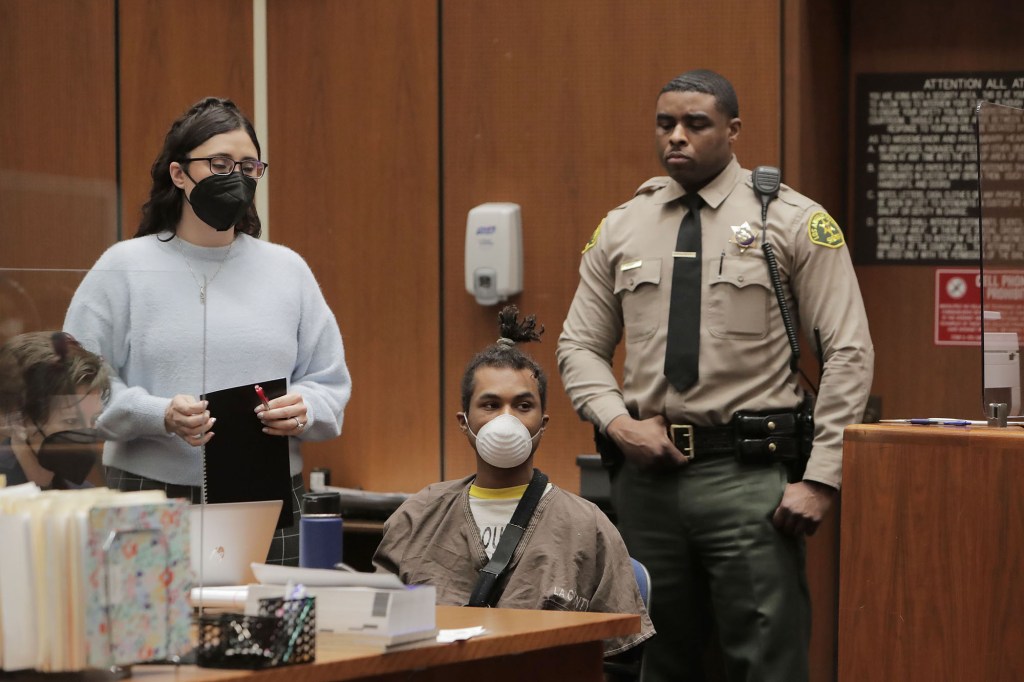 Lee faces four misdemeanor counts related to his attack on Chappelle, as well as felony charges stemming from an incident in which he stabbed his roommate.New York Post/David Buchan

“But it went from me probably only doing six months [in jail] and having to do community service and living in a transitional home …  to possibly 15 or more years in jail,” he added, shaking his head. “My son will be big by the time I get out.”

Still, he said he doesn’t regret what happened because he saw it as an opportunity to speak out about homelessness, LGBTQ rights and child sex abuse that oftentimes serve as fodder for comedians.

Chappelle drew heat last year over his Netflix special “The Closer,” in which he jokes about transgender women, and defends controversial comments from author JK Rowling and rapper DaBaby about the gay and trans communities. 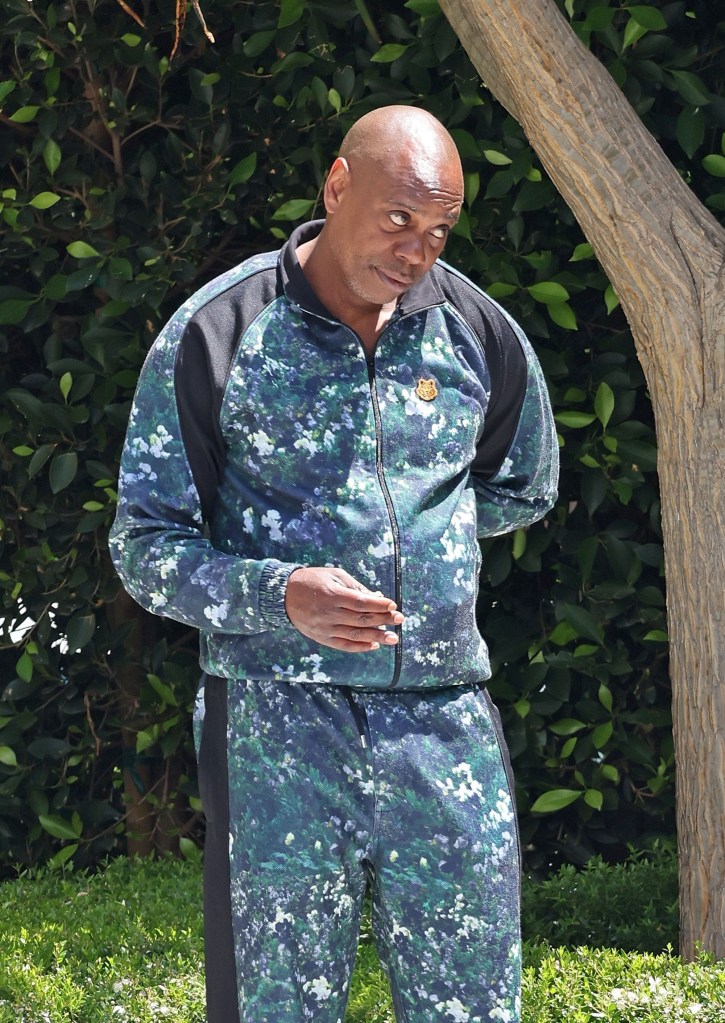 In the special, the outspoken comic cracks that he’s joining Rowling in “Team TERF” — the acronym for trans-exclusionary radical feminist — while slamming critics of DaBaby.

“A lot of the LGBTQ community doesn’t know DaBaby’s history. He’s a wild guy. He once shot a n—r and killed him. In Walmart. Oh, this is true. Google it. Nothing bad happened to his career…” Chappelle says.

He then quips, “Do you see where I’m going with this? In our country, you can shoot and kill a n—r, but you better not hurt a gay person’s feelings!” 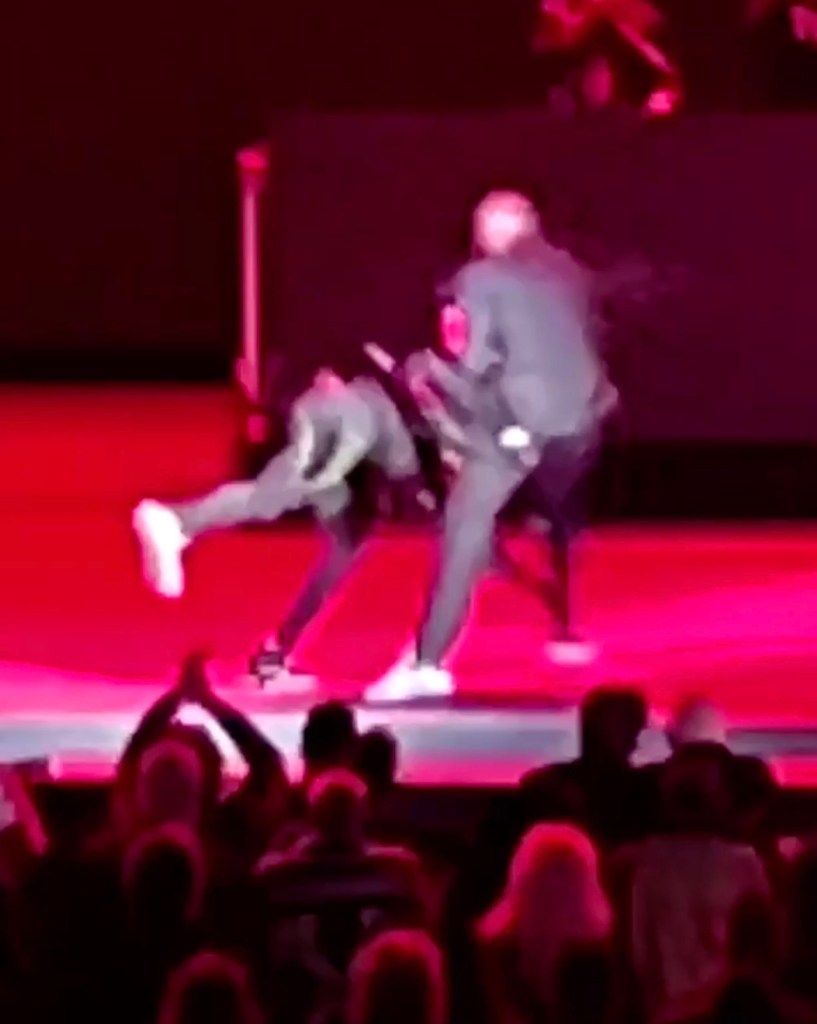 Lee said he did not regret getting on stage with Chappelle because he saw it as an opportunity to speak out.ellis kaplan

After the alleged attack, Lee said Chappelle asked him backstage at the Hollywood Bowl why he did it.

“I told him my mother and grandmother, who fought for his civil rights to be able to speak, would be upset at the things he said,” Lee recalled.

But Chappelle allegedly retorted, “Now your story will die with you, son.” 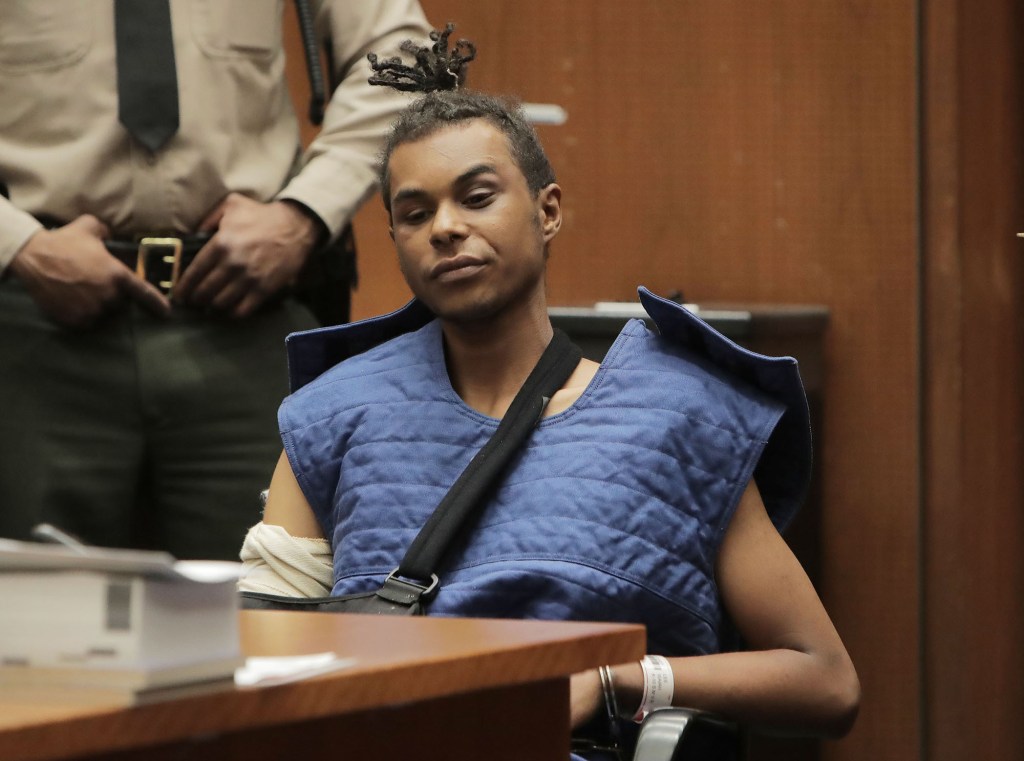 Lee told Chappelle his mother and grandmother would be upset with the comedian’s jokes.New York Post/David Buchan David

“But he’s wrong,” Lee insisted to a Post reporter. “I’m sitting here talking to you about it.”

A rep for Chappelle did not return a request for comment.

A Netflix spokesman declined to comment on the record, and referred The Post to the company’s earlier statement: “We care deeply about the safety of creators and we strongly defend the right of stand-up comedians to perform on stage without fear of violence.”