White House press secretary Jen Psaki’s final briefing with reporters quickly dissolved into chaos on Friday after one reporter repeatedly heckled over his colleagues, shouting his question about fair access in the room.

As Psaki began to take questions — and after fighting back tears as she thanked members of the administration and the press corps — Simon Ateba, the chief White House correspondent for Today News Africa, was heard yelling from the back of the press briefing room.

“Why don’t you take questions from across the room?” Ateba asked as Associated Press reporter Zeke Miller attempted to get things started with a query about the ongoing baby formula shortage.

“Why don’t you take questions from across the room? Because that’s not what you’ve done for the past 15 months,” Ateba shouted again. 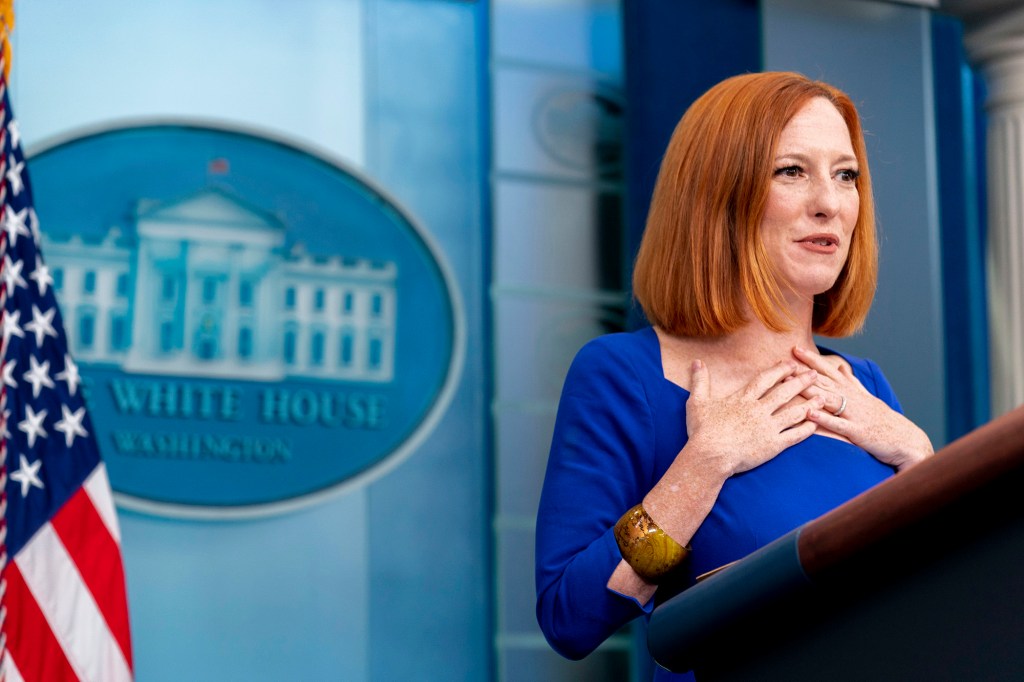 Jen Psaki fought back tears as she thanked members of the administration and the press corps.AP 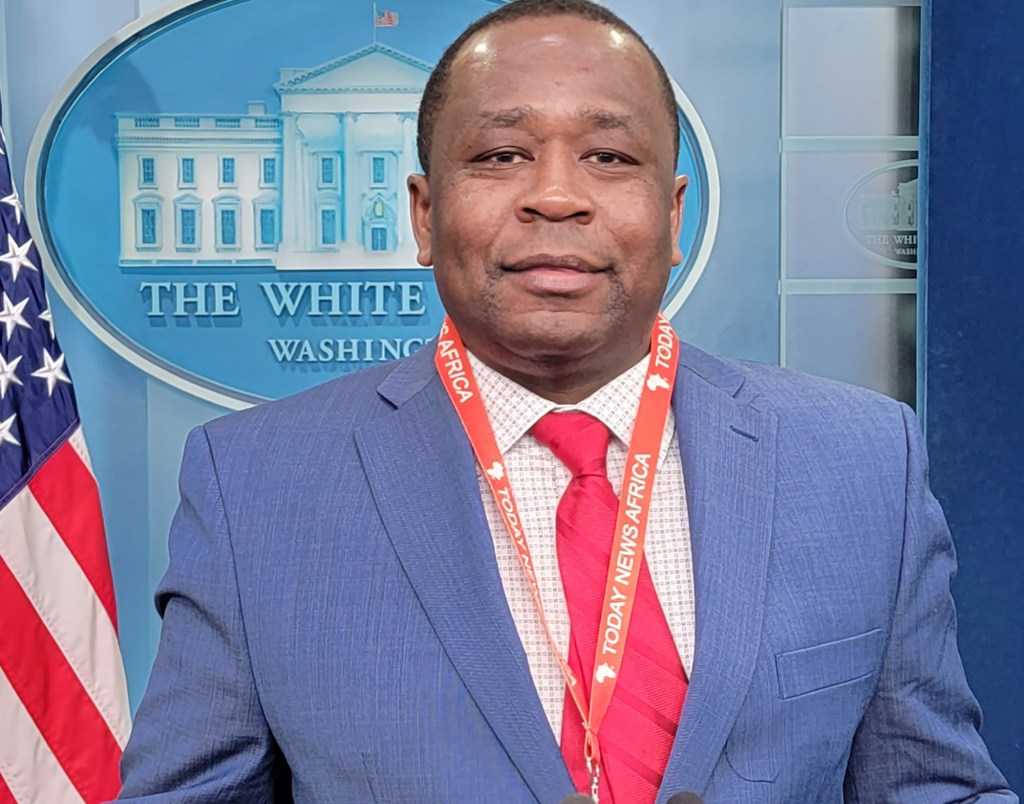 Psaki was not initially fazed by Ateba’s lack of decorum, but just minutes later, the Today News Africa reporter shouted over his colleagues again.

As he continued to speak over reporters in the front row attempting to question Psaki, NPR’s Tamara Keith turned around to urge Ateba to stop. 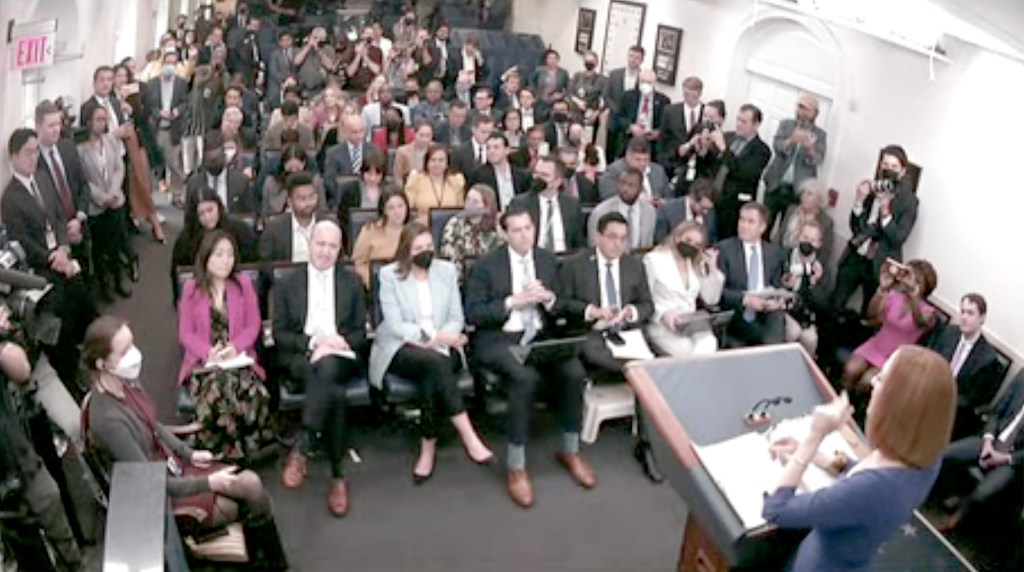 The room was crowded during Jen Psaki’s final briefing.Reuters

Ateba did not oblige and continued to shout over other reporters in the room, until Psaki finally turned to him to say, “Simon, if you can respect your colleagues and other media and reporters in here, that would be greatly appreciated.”

Psaki has been criticized in the past for strictly sticking to answering questions from reporters in the first few rows of the briefing room, often missing out on questions from outlets such as The Post, the Washington Examiner, Al Jazeera and other foreign media. 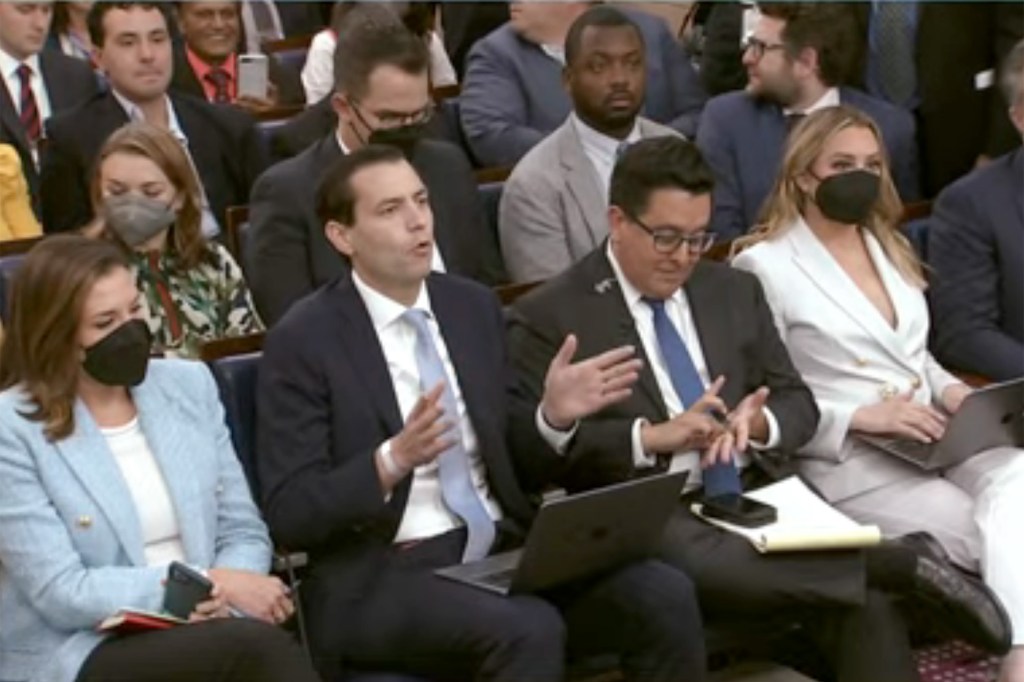 After the raucous protest, Peter Alexander of NBC News said he would voluntarily limit himself to two questions to allow more colleagues to have a turn. Front-row journalists routinely help themselves to a half-down, outraging fellow reporters who can go weeks or months without being called on.

Historically, reporters adhered to an informal norm of limiting exchanges to two questions.