Taking to her Instagram Stories on Tuesday, the longtime NFL sideline reporter, 44, posted a video of herself during a Peloton ride while casually commenting on the day’s events.

“Just doing a morning ride with my girl Kendall [Toole], anything new today?” Andrews asked her 1.6 million followers before panning to a framed Brady jersey hanging on her wall. 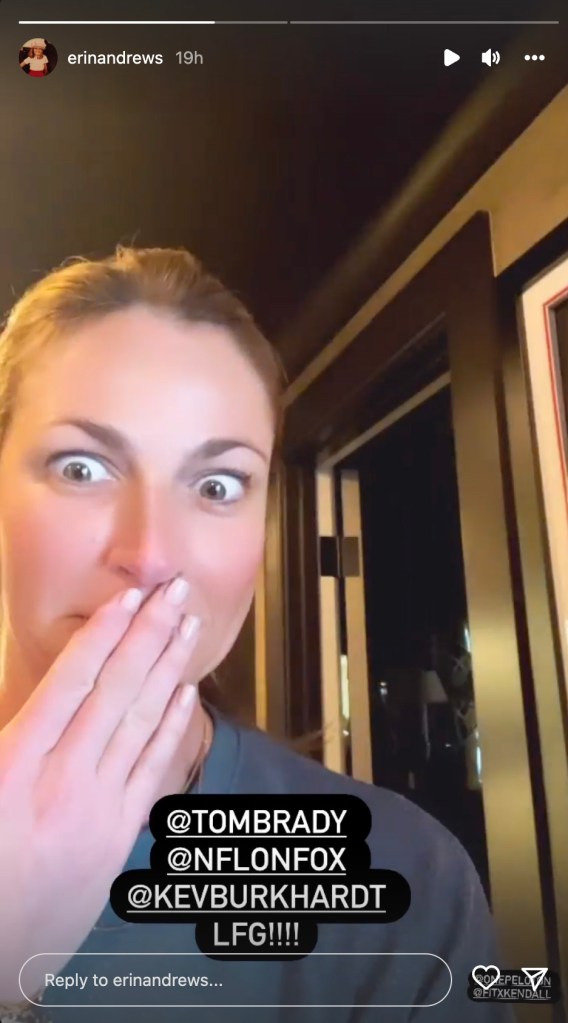 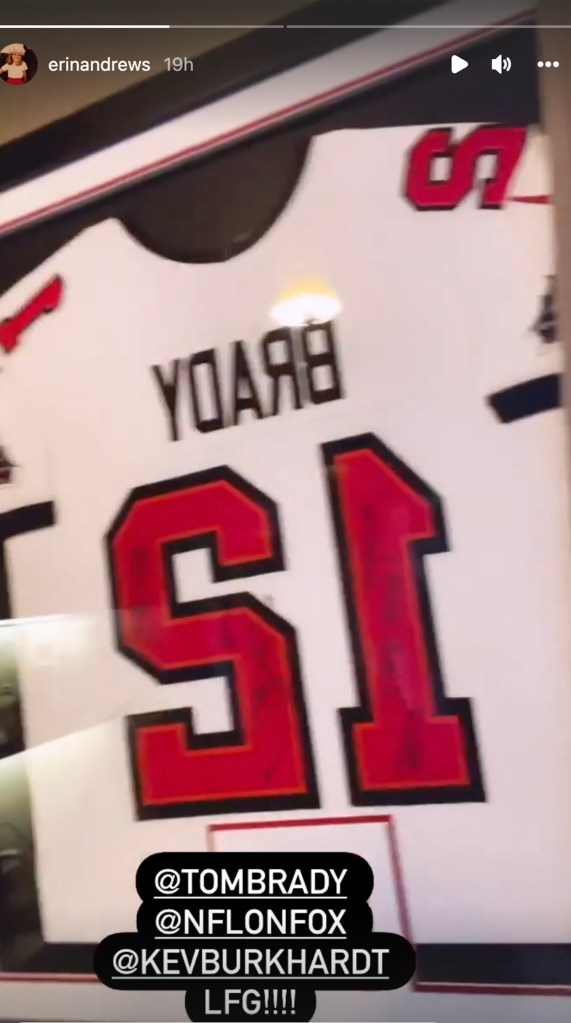 Andrews, Fox’s longtime NFL reporter, panned to a framed Brady jersey in an Instagram Story on Tuesday, tagging the Buccaneers quarterback in her postInstagram/Erin Andrews 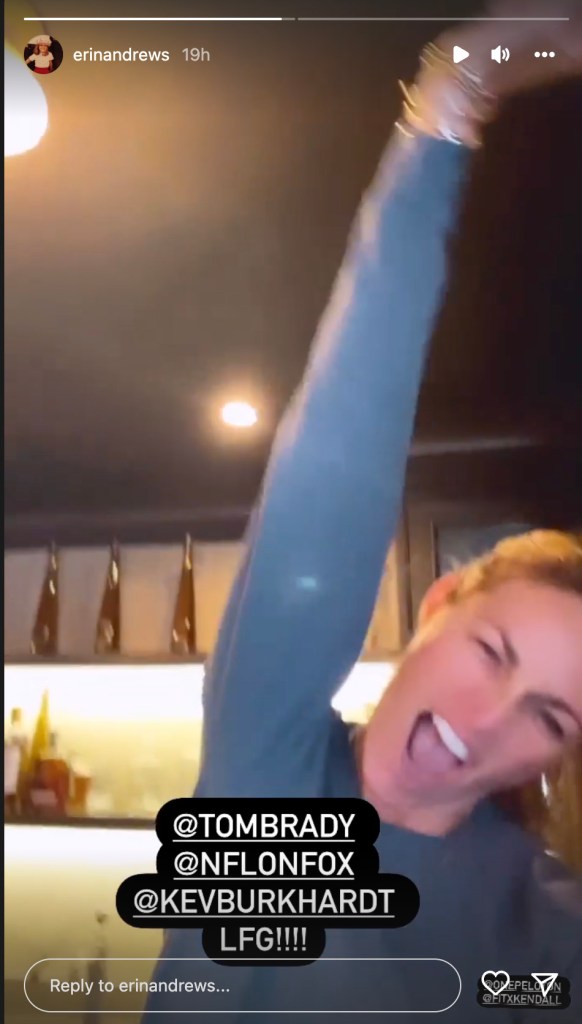 The WEAR by Erin Andrews designer also tagged Brady, 44, in her post, along with Kevin Burkhardt, who will eventually work with the Buccaneers quarterback once he retires from the NFL – again.

Fox CEO Lachlan Murdoch announced this week that Brady will join Fox Sports as the network’s lead NFL analyst following the conclusion of his playing career. Brady, who is preparing for his 23rd season after a brief, 40-day retirement, said Tuesday he is “excited” about the opportunity.

“Excited, but a lot of unfinished business on the field with the @Buccaneers #LFG,” Brady tweeted.

Brady agreed to a monster 10-year, $375 million deal, according to The Post’s Andrew Marchand. The seven-time Super Bowl champ has already earned about $300 million over the course of his playing career, per Spotrac, and will be up to $333 million following the 2022 season. 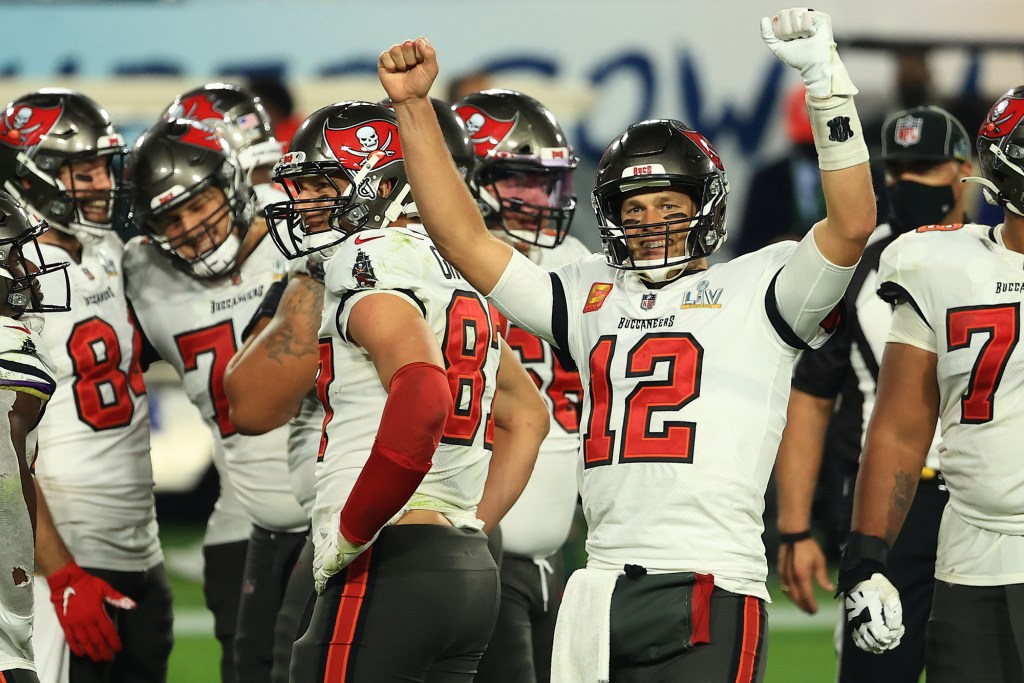 Brady (12), who is returning for his 23rd NFL season, said Tuesday he is “excited” about his new opportunity with Fox SportsGetty Images

This offseason hasn’t just been a whirlwind for Brady, but for Andrews, too. Back in March, her longtime Fox colleagues, Troy Aikman and Joe Buck, exited the network for ESPN, where they’ll take over the “Monday Night Football” booth.

“This all happened fast,” Andrews said during a previous installment of her “Calm Down” podcast with Charissa Thompson.

“I wasn’t expecting it. I’ll be completely honest, I don’t think a lot of people were. I am known for being one tough cookie. I can deal with a lot of things, I have dealt with a lot of things, but when I had to speak to both of those guys separately when they both had officially left, oh God I cried.”

Andrews added that she’s happy for Aikman and Buck as they embark on a new career venture. 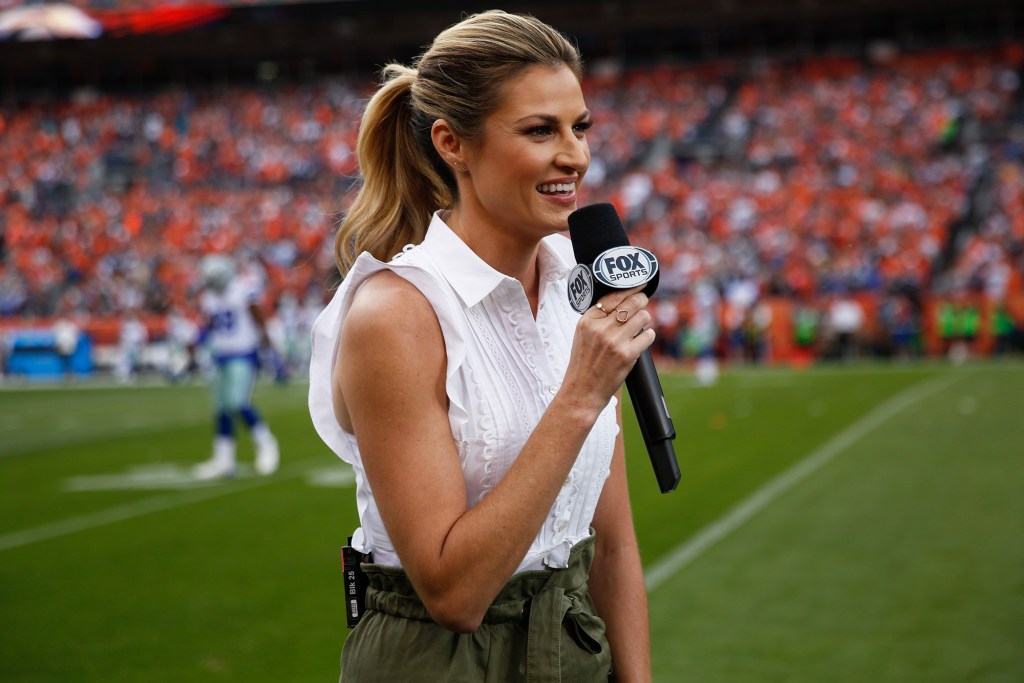 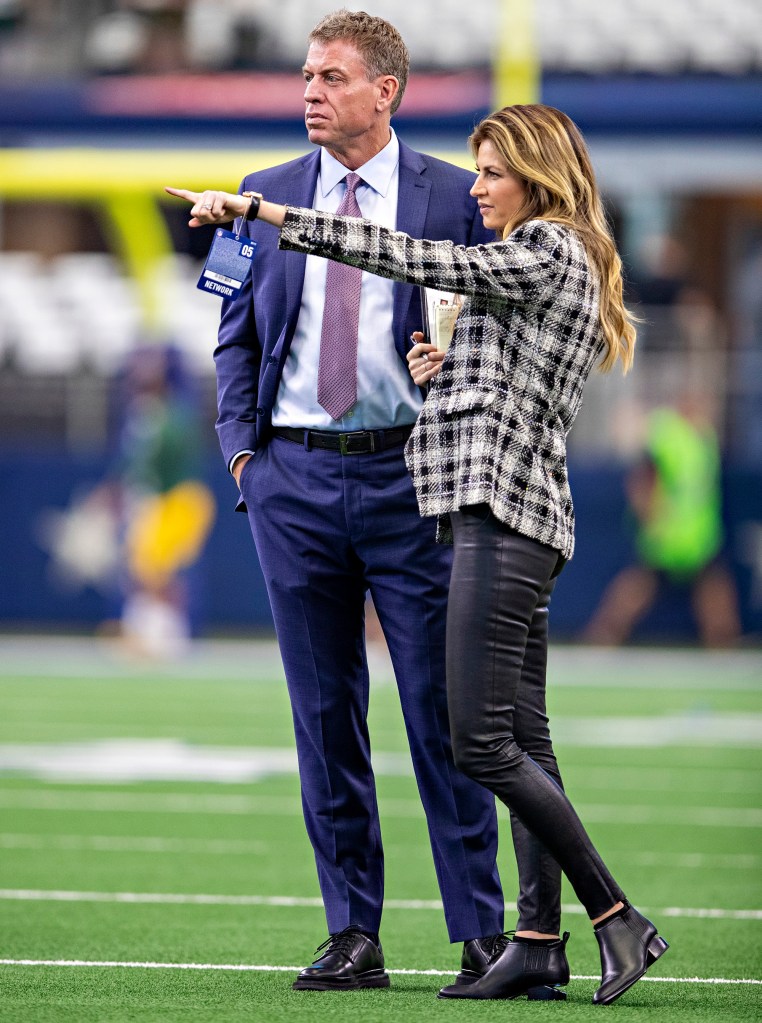 Andrews had worked with Fox’s top team of Troy Aikman and Joe Buck, who both left the network in early 2022 for ESPNGetty Images

“I don’t hold it against anybody for leaving, look I left ESPN after being there for eight years and came to Fox,” she said. “They became my brothers and they became my [real] best friends so I’m sad but I’m so happy for them.”

Aikman signed a five-year, $90 million deal with ESPN, while Buck agreed to a five-year contract worth $75 million.

Andrews, meanwhile, was rumored to be the next Fox free agent to bolt, but as sources told The Post in March, the network would like to keep her.