this female Gohan cosplay is ready to go to college

How adorable it is to go back to Gohan’s high school times.

As in all series, we all have a favorite character that has captivated us, be it for his character, his story and even his way of behaving in the face of difficulties, especially when it comes to fighting for honor. So Dragon Ball is no exception to the rule and, in addition to Goku, among other iconic heroes, one of the characters most loved by his fans is Gohan.

Over the years he has been recognized among the fan community as a hero of great value and some of them have decided to pay tribute to him in many ways. So much so, that we can appreciate, in this case, a cosplay that has traveled through time, although Gohan is already an adult, now we can see it in the days of the institution of the Z fighter, with a fairly simple, but successful appearance that shows even the smallest and most significant details of Goku’s son.

A cosplayer, on her Twitter account, called 9tailedLocsshared an image of Gohan from Dragon Ball Z when he was just a high school student, which evolved over the years when he was returned to the world of fighting to fight Majin Buu (which, by the way, was what allowed the character his new form that he retains until now).

Below you can see the images that the cosplayer shares with us: 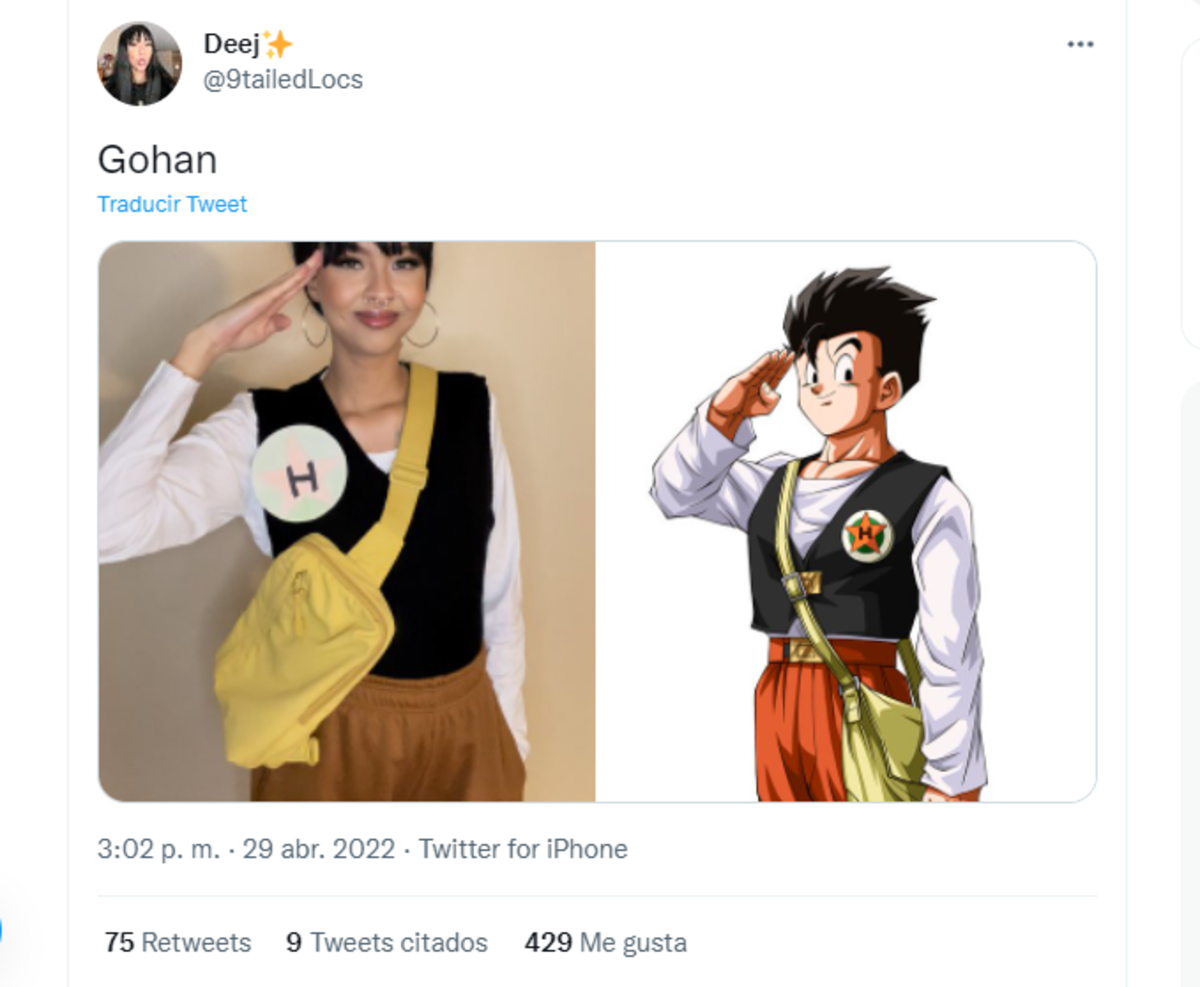 If we consider that it is a female cosplay, we are sure that it works quite well in its context. Although, as we mentioned, it is quite simple, the uniform (white shirt, black vest, brown pants and a small yellow backpack) of Goku’s son represents him with a certain expression of innocence, something quite pertinent because in the images go back to Gohan’s youth. Another interesting aspect is that the cosplayer has left earrings on that, although the character does not wear them in Dragon Ball, they seem to match the style she wears. If Gohan had been a female character, we would most certainly have seen it that way. In short, a great personal detail.

Gohan, one of the most representative heroes of Dragon Ball

Son Gohan is one of the main characters in the story arcs of Dragon Ball Z, Dragon Ball Super and Dragon Ball GT.. Being the first son of Goku and Chi-Chi, he is a mix between a Saiyan and an Earthling human. His brother is Goten. He has gone through various guises since his childhood, he inherited his father’s facial features from him.

He has black hair and eyes that, once he reaches the Super Saiyan state, changes his color and his hairstyle transforms (like all those who possess this power). Initially, she had long hair and wore a red hat showing the four-star dragon ball, a yellow robe with the kanji Son printed on the front, a green dress with white sleeves. But in his confrontation with Piccolo he wore a similar outfit to his father’s, unlike the Ma kanji, instead of the turtle and sword symbol. But these were not the only changes, since in the future he would constantly be seen with different styles.

And regarding his powers, after fighting Cell, he managed to reach Super Saiyan 2. In this way, things would change for the young man, since he was in search of more knowledge and would go up to the “Nimbus” cloud to travel to the academy. This means that once he got involved in fighting, he had to leave childhood behind. Later on, he married Videl while Majin Buu was back in the game and this would have other implications for his interests. It is possible that Gohan’s history in high school is not one of the great references of the character, compared to his fights against Cell or Frieza, but he did have their respective importance for his formation as a warrior.

In fact, according to the franchise announcements, Goku’s son will play a major role in the upcoming movie Dragon Ball Super: Super Hero. Apparently, Gohan will join Piccolo to fight against the reincarnated Red Ribbon Army, after Gohan’s daughter, Pan, has been kidnapped by the criminal organization. For his part, Piccolo will have a transformation, but no details have yet been given on whether Gohan will also receive his transformation, since the publicity only shows the Super Saiyan form of the character. Meanwhile, we will have to wait for Dragon Ball to announce more details of the film.