Some of the users remembered the legend of Medusa with the recreation of Ninetales!

A few decades have passed since the release of Pokémon, one of the most popular franchises around the world. And it still continues to give what to talk about among the fan community. Whether it’s discussions of your favorite characters or even new ways to pay tribute to the series. Among the latter we have already seen countless works of art based on the fan-favorite Pokémon, among them we find fan arts, crossovers, commemorative figures that adapt to the original animations, although some choose to give their creations a special touch. And it’s actually quite fun and interesting to see how these creatures take on strange shapes, evolve in unexpected ways, and even take on completely different roles than we’ve seen in Pokémon. Of course, given the number of creatures since its debut, there is plenty of room for creativity for fans of the series, and the chances of surprising others with their creations are pretty great.

Fans of the series and their tributes to pokemon

As is customary in fan groups browsing Reddit, a user, through his account, named nina1wolf1decided to share with other netizens what he could achieve with a little time and skill: a Pokémon illustration that is inspired by Ninetales and Vulpix as Poison types. Originally, these creatures are Fire-type (ignoring the fact that their appearance corresponds to the element), so the main change in the creatures was in their appearance. 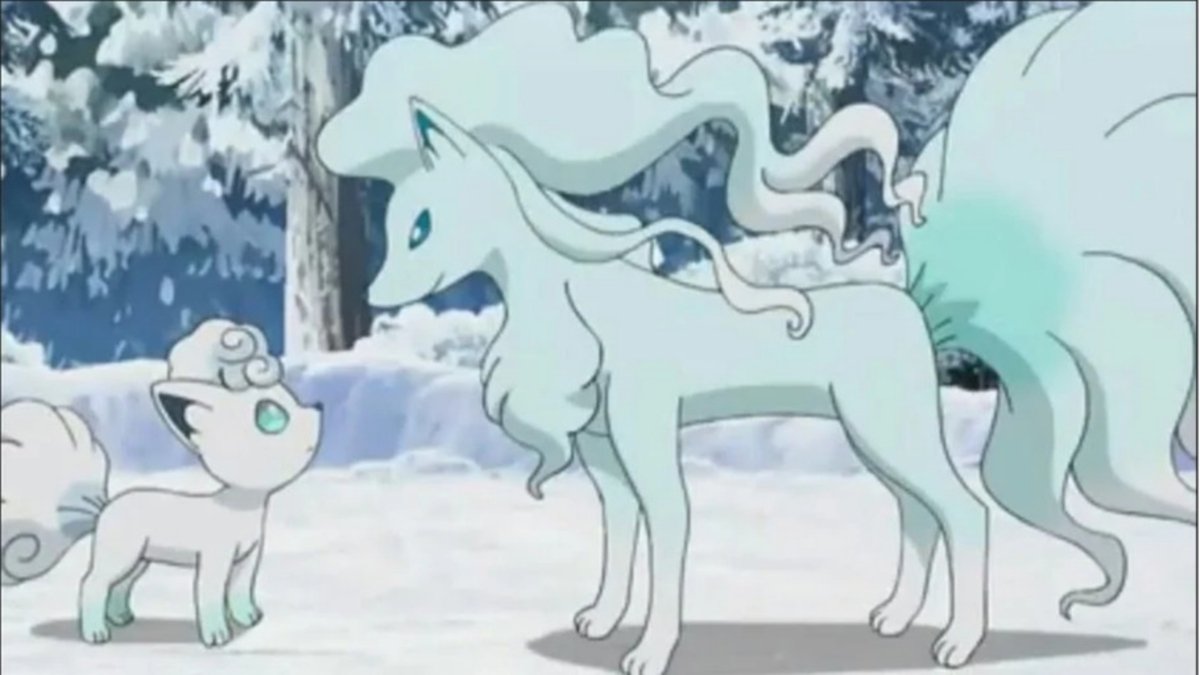 Both Vulpix and Ninetales have a purple and green figure mixed together, with mud and toxic gas in place of their respective tails and fur. In fact, It is likely that the artist’s designs were inspired by the appearance of other poisonous Pokémon that have appeared previously in the series.. So it would not be surprising if, at some point, Poison-type versions were created for Vulpix and Nintales in the franchise, they correspond to a model similar to the one that the Pokémon fan has shown.

But the interaction of this original version of the pokemons does not end here, but another Reddit user, called PokemonCMG, decided to participate in nina1wolf1’s original post by making her own contribution. The netizen created custom entries in the Pokedex to vulpix Y Ninetals Poison-type. Thus, Pokedex entries give Vulpix the Acid Spray and Sludigfy attacks., while also commenting that it was “found in a long-abandoned factory”. However, on the other side we have Ninetales that has Dire Claw, Scary Face and Sludge Bomband it is specified in the post that his body is capable of emitting “a deadly mist that is totally toxic to inhale”.

For some Pokémon fans it might seem strange that these Fire-type creatures, Vulpix and Ninetales, have had one of their main characteristics modified, but the reality is that The Pokemon franchise has already done quite a few experiments merging current Pokemon with some of the other types that appeared in the past.. An example of this is that in the Generation 7 games there were some regional variants, in which the pre-existing Pokémon had a different appearance depending on the region they belonged to. And, as you can guess, among them were Vulpix and Ninetales, who were given the Alolan variants.

Although both creatures belong to the classic fire type, they are basically opposites. For one thing, Alolan Vulpix is ​​a Pure Ice-type Pokémon, while Alolan Ninetales is the result of an Ice/Fairy-type combination. A principle that the artist was very clear about when she decided to make these works of art, with the difference that the Alolan forms of the Poison-type concept that the Pokémon fan showed have white and blue aspects in contrast to the red that characterizes them in the Serie.

Finally, Nintendo has announced that it will publish new Pokémon games soon, later this year, although there is no release date yet. The forms that will arrive are the Scarlet and Violet and, judging by the landscape, they may have their own regional variants. So fans would have more versions to add to their list of Pokémon tributes.