The ‘gamer’ Hurona Rolera: from suffering from ADD to being the center of attention for millions of people | Valencian Community 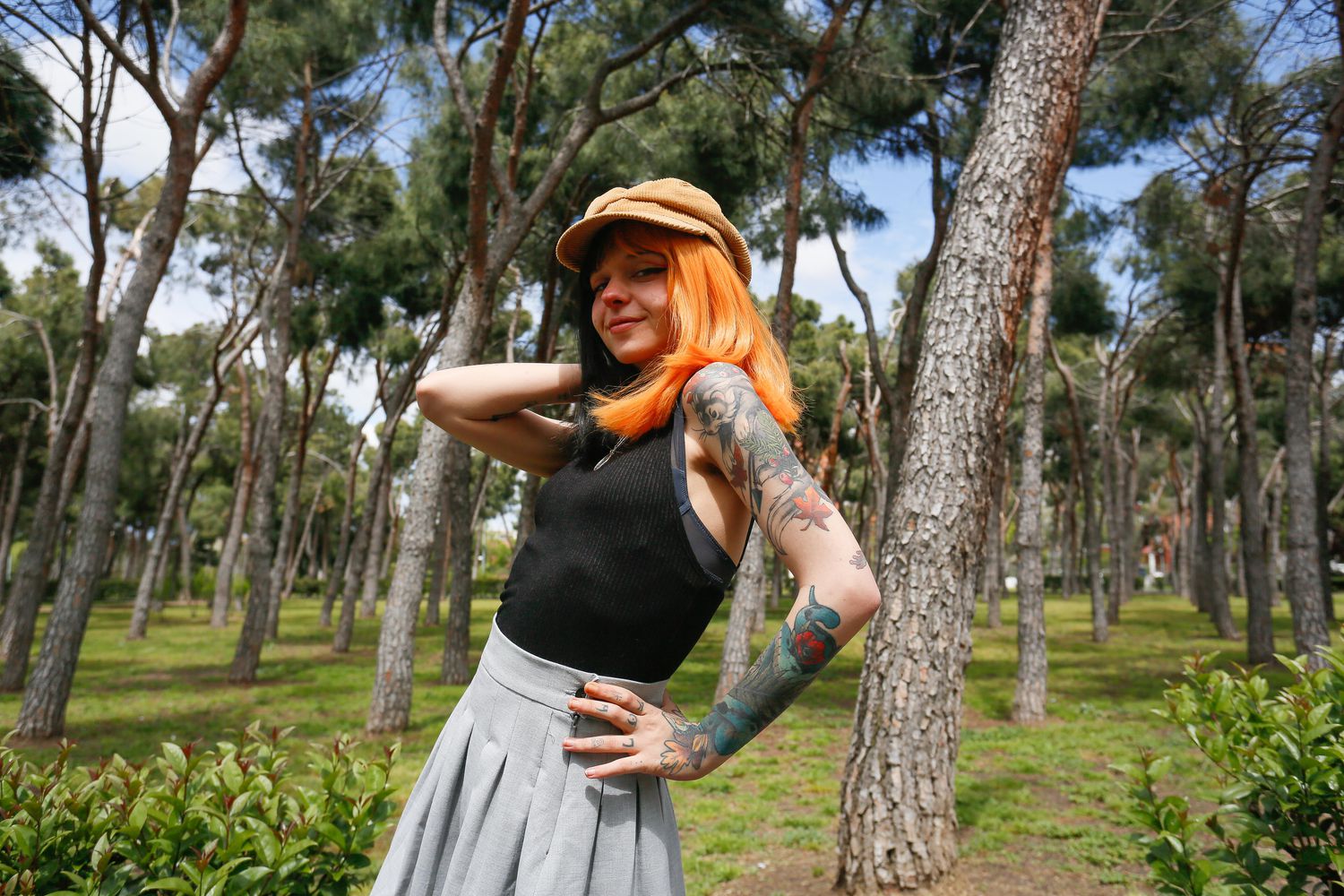 On December 12, 2019, Dana’s life changed for the second time. The first happened when she left home at 17: “Becoming independent so soon, seeking economic self-sufficiency, wakes you up,” she recalls. Until the arrival of that first leap into the void, this 23-year-old Valencian had been “a very bad student. She wasn’t dumb, that’s something my teachers and I knew. I was diagnosed with Attention Deficit Disorder (ADD), something that, by the way, video games helped me correct. But in class she would put me to sleep and that path was not for me”. Everything exploded when a serious family problem was added to this incompatibility: “It would be the spirit of survival, but in two years I won five titles. The intermediate degree of gardening and floristry, with which I finished my basic studies, but also design, illustration and my journey as a tattoo artist, ”she explains the popular gamer (player) of video games.

That day of the last pre-pandemic winter, when everything changed again, Dana was already a Hurona Rolera: “I lived far from the center of Valencia, so I woke up at 6 in the morning to open the tattoo studio where I worked as an apprentice. I spent the day there and, when I got home, at seven in the evening, I would start stream until I fell asleep. And the next day, back to the wheel. If I look at my Instagram account as a tattoo artist, I can see that December 12 was the last time I tattooed. I remember that I called a client and told her, sorry but I’ll give you back the deposit, I’ll pay you the difference if another colleague who knows more tattoos you, but I’ll leave it. Six months earlier, Dana had uploaded her first clip to TikTok around the same time she was doing her first live stream on Twitch. “I started to receive some income, it seemed interesting and I decided to focus on it. I never imagined what would happen next.”

At the time of writing this profile, Hurona Rolera is followed by between 15 and 16 million people. The country where you have more followers is Mexico, at a certain distance from others such as Argentina, Peru or Spain. The 13 million followers on TikTok stand out, but also the million on Instagram or its production as partner on Twitch. “If I really have to think where all this begins, I would tell you that in my concern for the theater. I have never trained, but I have done theater in the fallas, in youth centers…, the monitors and the older people who saw me said that I had to dedicate myself to it”. Although he studied other disciplines, curiously all of them with a high physical load, it has been the digital environment that has led him to create a visual and body language almost his own: choreographies, lip sync games, dubbing and a universe where his passion intersects for fantasy literature and role-playing games.

Interestingly, Dana was “one of the last” among her friends to open networks. “For me it is still incredible that I am earning a living in front of a camera, because in the past I have had many problems with my physique, something that the networks, at the time, did not help. And I mean level problems seeing myself in the mirror and crying, also derived from being diagnosed with diabetes at 16, with the physical consequences that this entailed. Far from being a challenge overcome, the physical is a constant struggle for a digital star. Hurona Rolera has faced reactions of all kinds related to her public image, including a case of extortion, as she has explained to her followers and in some interviews. Every time she has taken steps like revealing her own voice on TikTok (in many of her tiktoks it doesn’t sound since she does lip sync with movie or music audio) or, recently, when shaving your hair. “Today I feel proud to continue creating freely in this environment. Even after overcoming two depressions, the last one with antidepressants and already as a content creator”, she comments.

Today, its growth is exponential and part of its economic context derives from a relationship with brands conditioned by “indispensable” values. When this started to grow I was very aware of the power and responsibility I had. Although it can lead me to undesirable debates, on topics that shouldn’t even be a debate, I’m one of those who believes that if you don’t defend a more ethical and fairer world, you’re supporting the wrong side. That’s why I don’t shut up.” Feminist, animalist and especially sensitive in the defense of the LGTBI collective, she considers that “oppressed people have, at least, the right to tell oppressive people what is happening to them. And I say this as an oppressed person, as a woman, and as a woman in the context of gamingwhere he mansplaning It is still present, but I also say it as an oppressor, as a white woman who is not exactly poor. That is why I try to be as attentive and sensitive to any racialized channel, message or voice, but also from people who, due to their context, do not have the minimum resources. I am aware that I have been and am what I am as a result of my own contexts, and there are often situations in which you can help, you can change”.

Dana sees Valencia “with more nostalgia than ever”. Her professional career as a content creator led her to move to Madrid, something that has led her to change her perspective on the city and even on her surroundings. “In the beginning, coming back was stressful for me. Some of my relatives were heavy with the idea that fame could be ephemeral, but little by little they have assimilated that it will not be more ephemeral than being fired from any job. I don’t think they followers disappear overnight!” Since her environment has given this influence a certain naturalness, “coming back is a very healthy thing,” she says. “Meeting my friends there, drinking a beer in a bar, where everyone’s daily life matters just like mine, not only is it good for me, it’s quality of life for me. I am glad that València has become that and the feeling of something good to return to at any time”.

What affects the most is what happens closest. To not miss anything, subscribe.